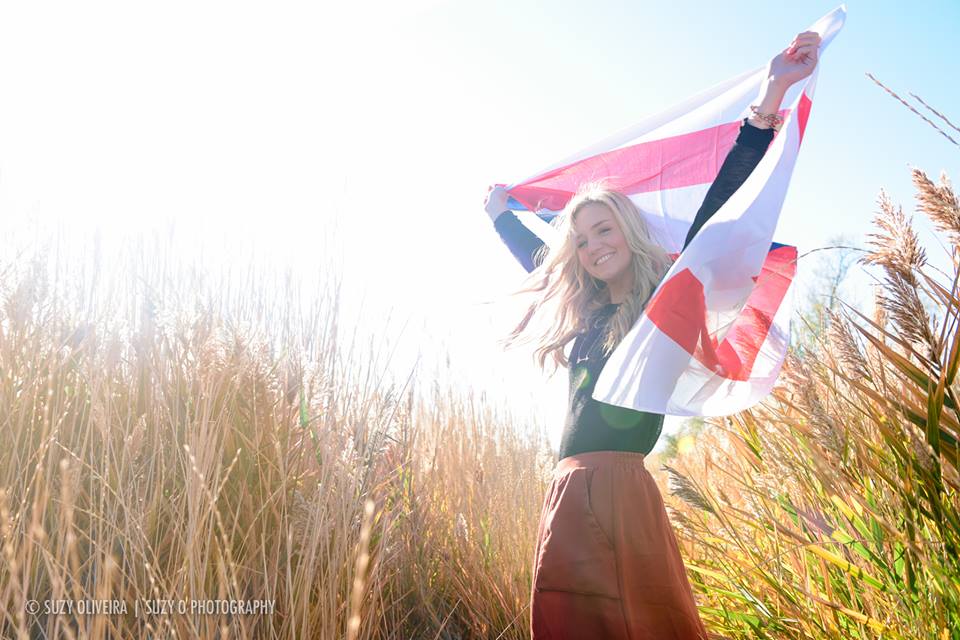 From the 2016 Brussels Bombings to Kirtland, Ohio 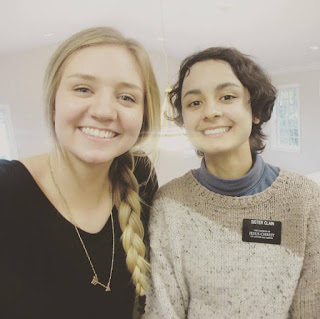 Remember the bombing in Brussels on March 27, 2016? The sister missionary that was badly hurt in the bombing, was called to Kenya's exact mission, and she was on her way to the Provo MTC on that horrible day!

On October 24th, Kenya's letter said, "PS. I went on exchanges with Sister Clain, the French Sister that was in the Brussels bombing yesterday, and it was so fun! She is the cutest, littlest thing! She is really humble and just really funny about everything, including the accident! I actually get to work very closely with her so It's fun!"

What a small world, and what an honor for Kenya to be able to serve with such a brave, valiant, and powerful Sister Missionary!
Posted by Angie at 7:58 PM No comments:


I am so so so sad for Melanie and her family.. They are such incredible people for reacting the way that they are. But I feel like it's usually like that with people in the Gospel. Just so strong, courageous and hopeful. That is what Jesus Christ does for us. He is the Mighty Healer and Comforter. I'm sorry that you have had to watch this and cry for them, it's never easy. But she is lucky to have such a great friend like you! I am very excited for you to sing at his funeral, and you HAVE to send me the video of the entire song! You will do BEAUTIFULLY! Let them know that they are in my thoughts and prayers. The plan of Salvation is so real, and we understand it more when we experience it, I think..

Sooooo, new on transfers........ I am getting transferred to an area called... LORAIN!! I will be FULL-PROSELYTING!!!! At first, President called me on Sunday, released me as a Sister Training leader and told me that my new companion and I will be opening a new area in Toledo.. I was TERRIFIED all day yesterday! Toledo has a reputation of being a very, very different place. Its a counrty place, the wards are spread everywhere, and it's basically you and your companion for miles.. And I am not a "to yourself" kind of person. So I was kind of freaking out about it, on top of the fact of opening a new area.. And it's funny because my whole mission I have always said "I will go full-pro anywhere BUT Toledo!" and then it happened. But then my district leader called last night and told me I will be going to the Cleveland stake which I am SOOOO excited about! I have heard great things about this area so it will be good! Kind of nervous about having Thanksgiving and Christmas this transfer but it will be a great adventure! All I want is for my companion and I to get along well!

I said lots of goodbyes last night and will say a lot more tonight! We were serving at sites so a family from the ward came by and said goodbye, the recent convert dad and daughter that I was talking about last week came by and and said hi. And some other people that we see a lot came by and we talked. So it was fun! Definitely felt the love.. I cried a little about leaving this ward. It has really felt like my home. All yesterday I felt like I was leaving home all over again! But I will only be gone for 2 transfers so I'll be back in February. So not long, and I'm really excited! I wish i could put it all into words everything about it! But I don't have that much time! But I am very nervous and excited about going full-pros, I will learn a lot!

My next Preparation Day will be Thanksgiving Day. 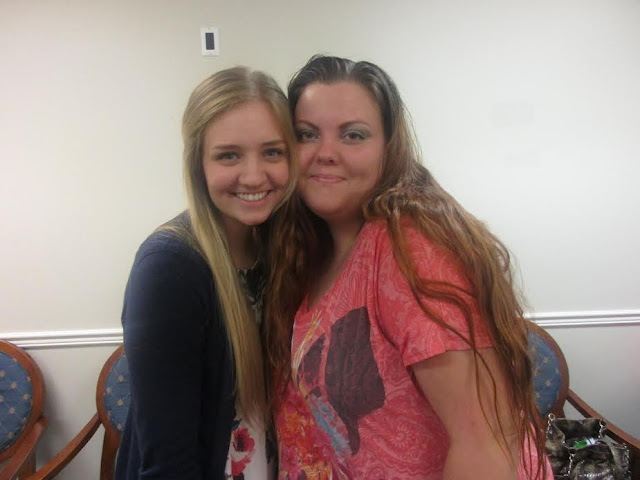 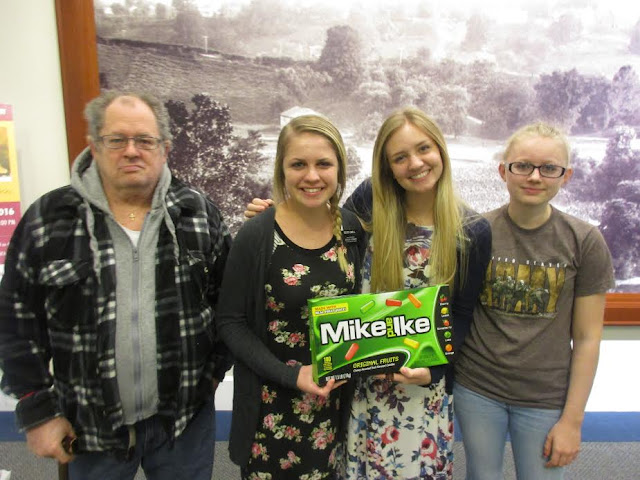 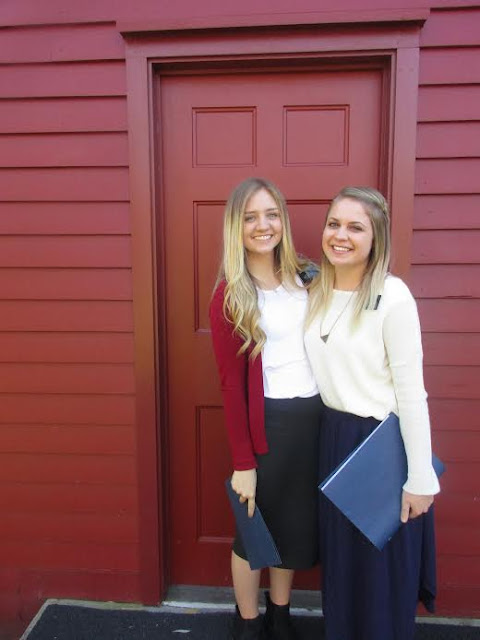 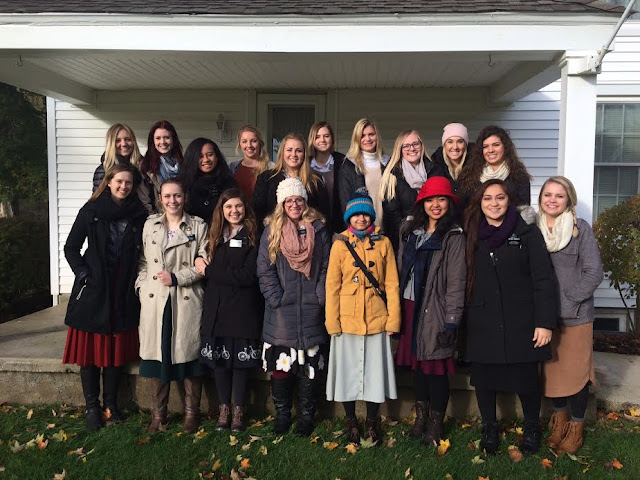 Thank you for all the love and support! I am doing well here in Kirtland. Miracles are happening and God is way too good to us.

We have been keeping busy here and so many good things are happening. We had a Veterans day program this week, which reminded me of my sweet Grandpa Mike. The spirit was so strong giving our appreciation and thanks to all who have served our country. The song "If you're reading this" by Tim McGraw was played in my head a few times this week.

Lately, my companion and I have been inviting a 15 year old recent convert in our ward to come with us when we serve at the Visitors' center on Sundays. Yesterday, she came with us to be on teaching center and take tours and it was great! She has such a difficult life and continues to struggle with family and friend situations. Her father is in his mid 60's, and has M.S. But is still a wonderful guy who joined the church with her this past March. We are so blessed by the people we surround ourselves with. We are blessed with the laws and ordinances of the gospel like the Word of Wisdom and Law of Chastity. They are God-given laws along with all the rest.

I sometimes take for granted the amazing people I have been surrounded by my whole life, and yesterday I realized just how blessed I really am. I love you all sooo much and am so grateful for the love and support! I pray for you all daily. Sorry I am the worst at sending group emails... I proabably won't get any better at it...
Posted by Angie at 6:34 PM No comments: 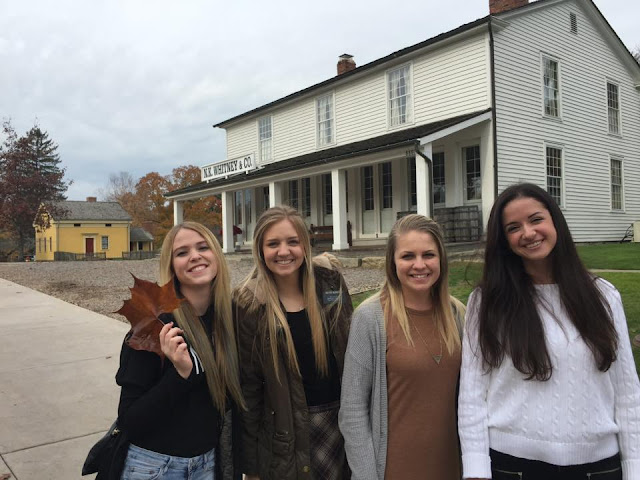 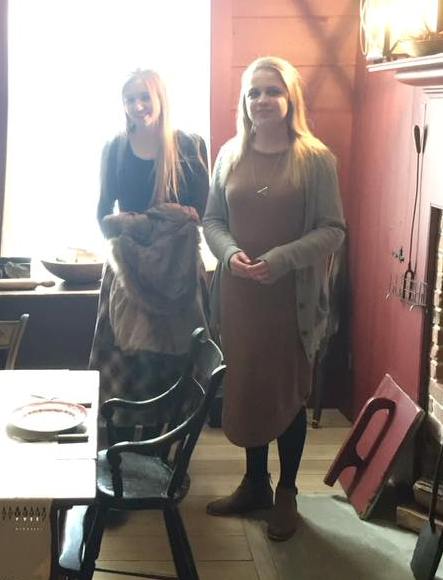 My favorite stranger texted me these two photos yesterday saying, "We have some cute sister tour guides today! You should be proud of them!" I love days like this!!